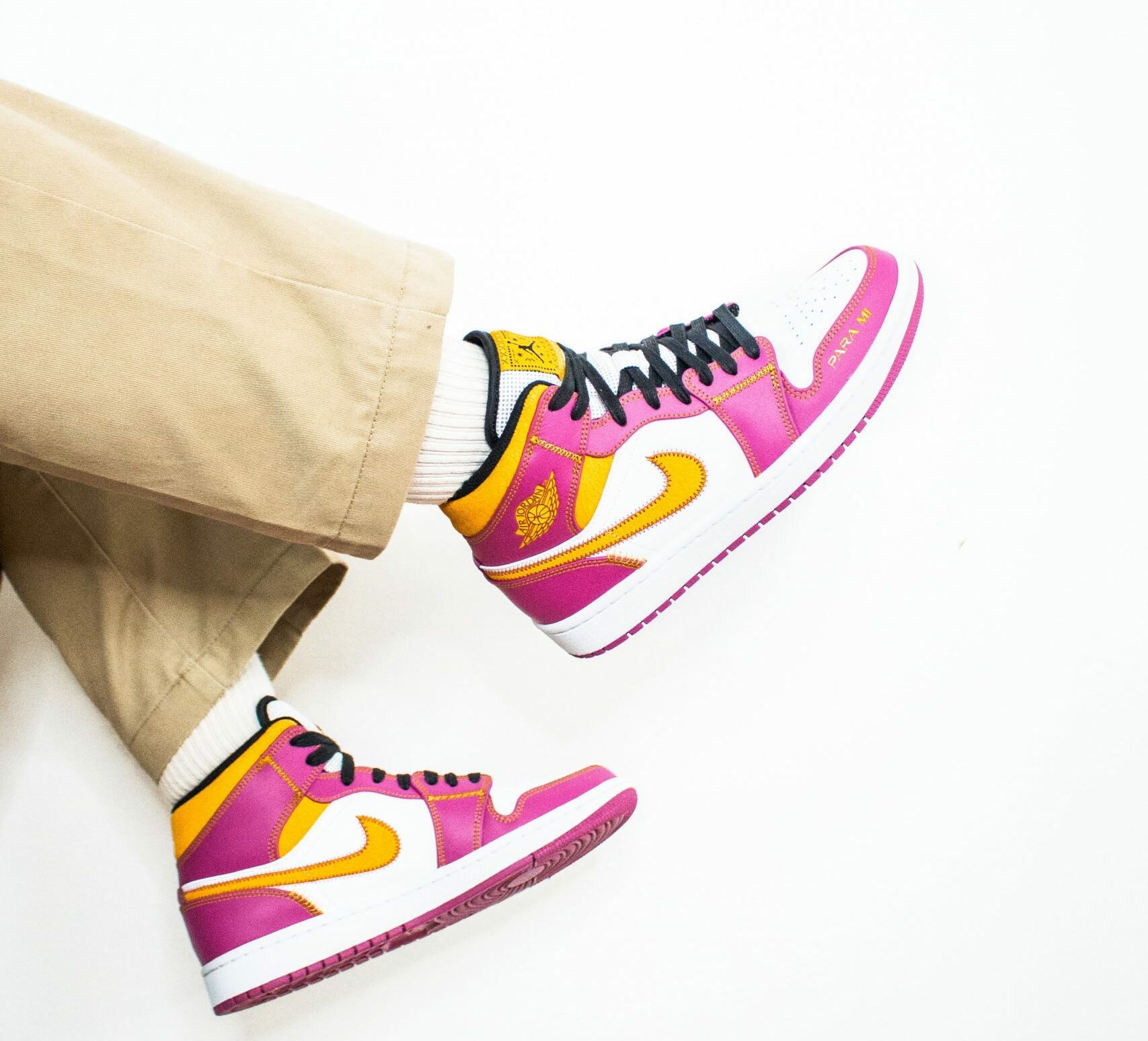 For February’s edition of “People of Downtown,” we had the opportunity to speak to Vancouver’s biggest sneakerhead, and streetwear guru, Jeff Martin of Dipt Kicks

Jeff Martin, or “Mister Martini,” was born and raised in Terrace, British Columbia and moved to Vancouver in 1994 after completing his degree at the University of Victoria. While growing up in Terrace, Jeff and his family would spend their annual one-month long summer vacation in Vancouver. Jeff recalls walking the streets of downtown, people watching on the Granville strip, and shopping on Robson Street and at Pacific Centre. These yearly trips to Vancouver solidified that downtown Vancouver was “my only choice of where I wanted to be,” he says. 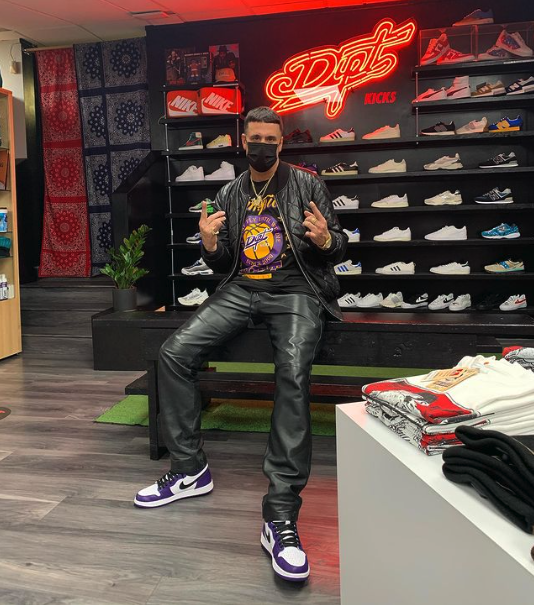 Since moving to the city, Jeff has owned and operated three retail stores in downtown Vancouver. Most notably, his first on Beatty Street in Vancouver’s Chinatown district and his current, Dipt Kicks on Hornby Street. Overall, Mister Martini has worked downtown for around 25 years. In May of 2000, Jeff left a partnership at his first store in Chinatown, as he had always dreamed of opening one of his own. “At the time, Granville and Robson was ground zero for retail in Vancouver, and I wanted to be within two blocks of there,” he says. After spending five months scouting for the perfect location and fine-tuning his business plan, Jeff came across a business for sale just off of Robson, on Hornby Street – “long story short, I bought them out of their lease, and we are still at that same location today,” says Jeff. And thus, Dipt Kicks was born at 819 Hornby Street. 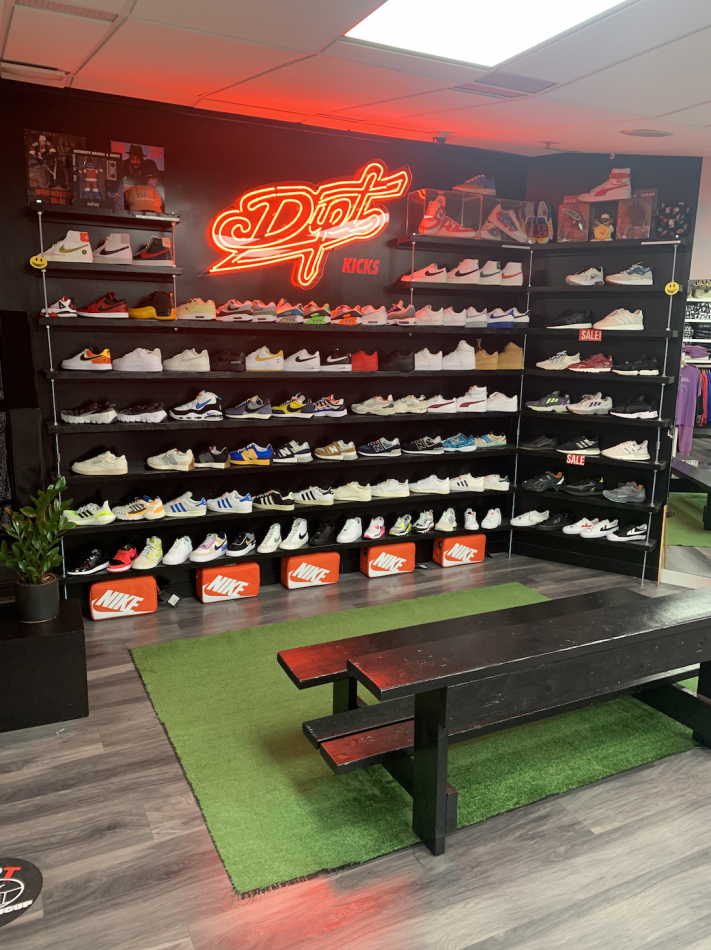 Mister Martini’s success is an inspiring two-part story beginning in 1998 when he created The VANCITY Original Brand. One of Canada’s first city-centric clothing brands, VANCITY Original’s ‘UnDMC’ design, has become a Vancouver staple worn by locals, visitors, and celebrities alike. In fact, it is near impossible to walk the downtown core without spotting the iconic logo; “Our design has become synonymous with the city much in the same way the ‘I HEART NYC’ t-shirts are to New York,” exclaims Martini.

If you’re well-versed in Vancouver’s sneaker culture, you would know that Dipt has been a staple in the sneaker and streetwear market for over twenty years- the longest-running shop of its type in Vancouver. Mister Martini’s love of Hip Hop and fashion shines through in the shop’s stock, design, décor, and store music. From the latest sneaker releases to carrying Vancouver Grizzlies merch, Dipt is always on top of what’s “cool.” When asked about his favourite moments from owning his business, Martini explains, “there have been so many highlights over the years.” This includes meeting celebrities, reaching various milestones, store renovations, interactions with loyal customers, and so much more. 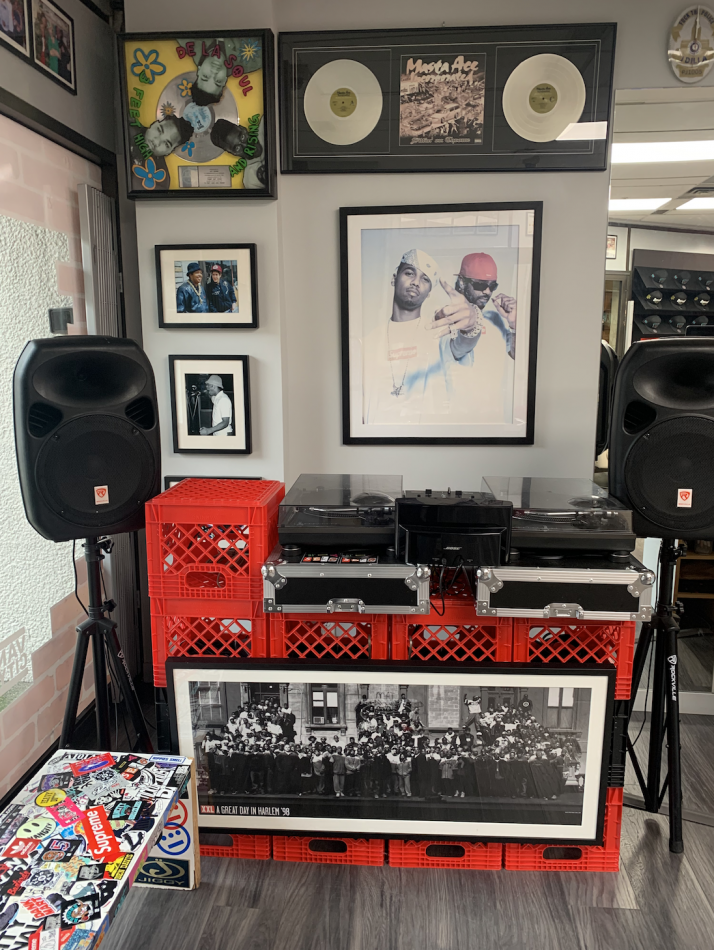 Just like several other businesses around the city, Dipt Kicks felt the impacts of the COVID-19 pandemic. From having to close for several months to operating solely online, Mister Martini had to adapt to the “new normal.” “We really worked to step up our Dipt Kicks online presence, as well as doing everything possible to cut overhead costs,” he says. The store also put extra focus and effort into their own VANCITY Original products, as well as supporting and sourcing from small local clothing brands to work with online and in-store. Dipt was one of the many downtown businesses to qualify for several Government Assistant Programs like CEWS, CEBA, CERB, the BC Emergency Benefit, and a loan from the BDC.

Looking ahead, Jeff is excited and hopeful that the downtown core will be restored to its former glory. “I believe one way we can achieve this is by continuing to make upgrades to the Granville Street Shopping District,” says Martini. As for his own business, Jeff looks forward to elevating his online platforms as well as continuing to offer the best sneakers, apparel, and customer experience in the city.

You can visit Mister Martini and his crew online and in-person at Dipt Kicks at 819 Hornby Street.