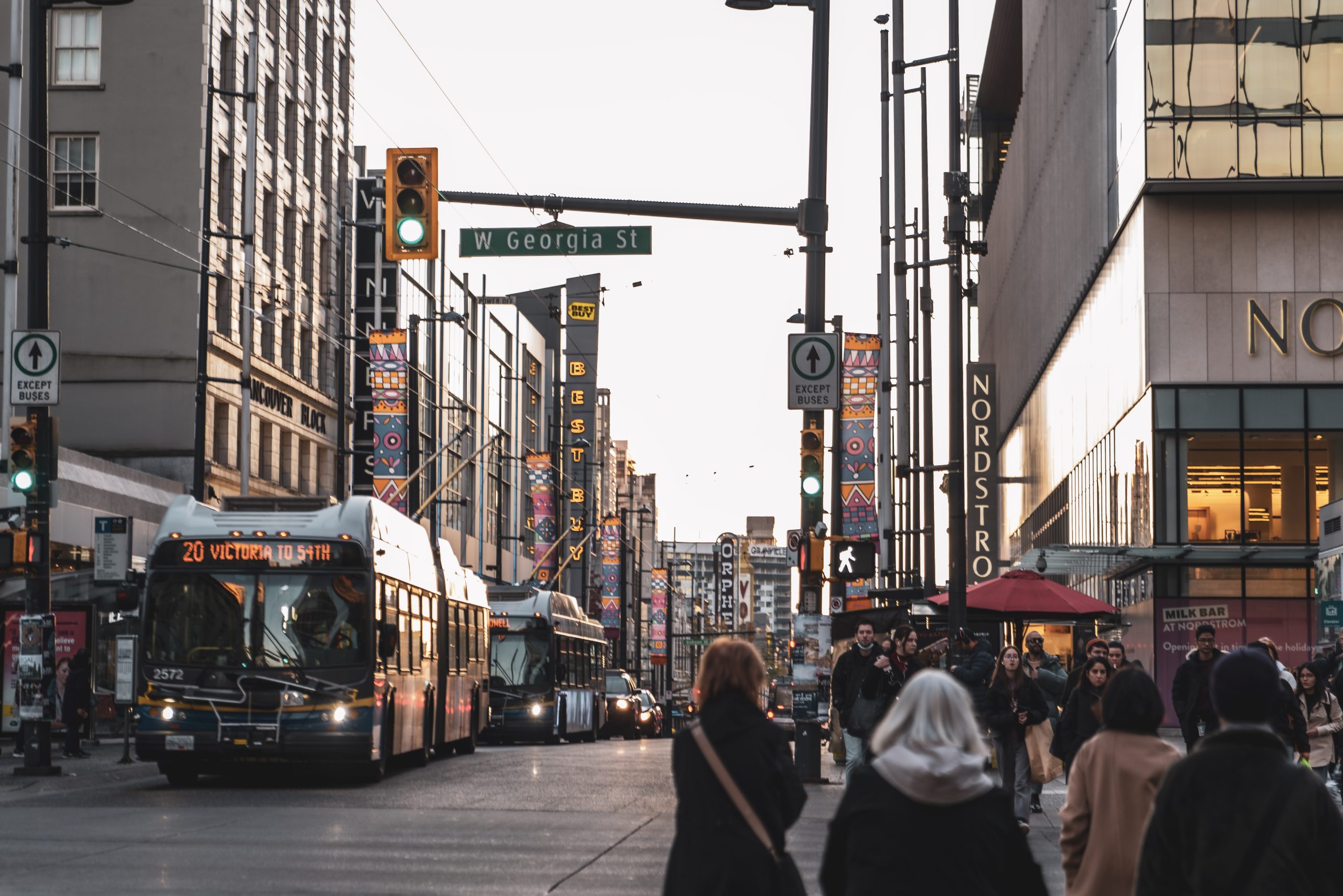 We’ve added some colourful and vibrant designs to a few of our retail corridors: West Hastings, Granville, Davie, and Alberni.

Each banner was carefully designed by a local artist. We also installed some new hardware for the Davie St. banners from 900-500 blocks (Burrard to Richards). 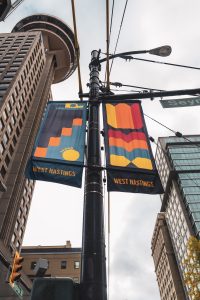 The “WH” initials of West Hastings were reimagined as bold abstract patterns building upon the flora and architecture found in the neighbourhood. The abstract motif representing the crow – an iconic bird of Vancouver. The overall form of the banner is inspired by the art deco graphics of the historic marine building. 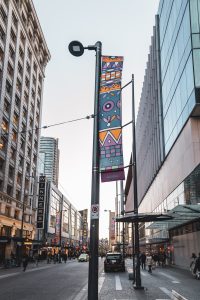 The banners are inspired by shisha (Mirror) embroidery originated in the 17th century in India and is made up of organic or geometric shapes embroidered by threads and small circular mirrors. This kind of patterning lends itself nicely to street banners as it creates a multicoloured pattern going down Granville Street which can often look very monochromatic with all of the buildings. 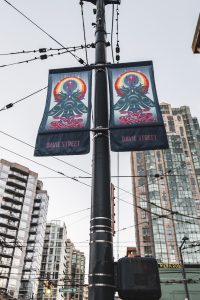 Ravens are huge tricksters, and powerful shapeshifters. Banner artist Chase Gray, likes to think of the raven as a true gender neutral being. Chase chose this animal to represent trans folk, and for it to be upheld by the creator of Musqueam. The artist chose to represent s?i:łqey (double-headed serpent) and the meøkwey (the fawn lily) to tell the city the Musqueam history and story within an image. Chase has a love for the double headed serpent, so they wanted to incorporate it into the banner as well. 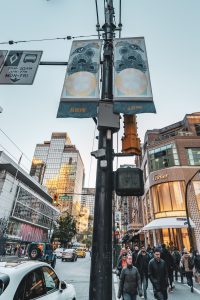 You can find this new Art Vending Machine inside of the food court at Bentall Centre (1055 Dunsmuir).